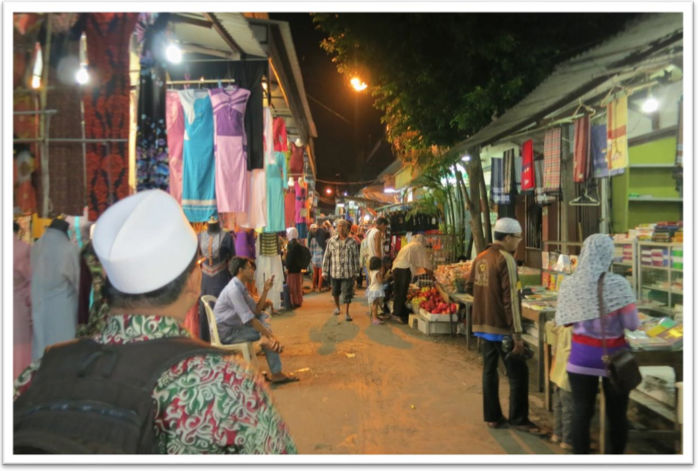 Back into our fleet of cars and equipped with colourful scarves from Ibu, we were on our way to Sunan’ Ampels grave. Nearly midnight, we were jostling our path through a narrow lane of stalls selling spices, scents, cloth and garish souvenirs. I was told this mellow bazaar is inhabited by Arabs from Yemen and Chinese, who have lived and traded here for hundreds of years.

Even at this hour, the dimly lit cemetery of Sunan Ampel was crowded with devout men and women. Paying their respects and finding solace at this serene holy site, the pilgrims were whispering and singing their prayers, children squeaking, fountain splashing, all merging into a blanket of soothing sounds. 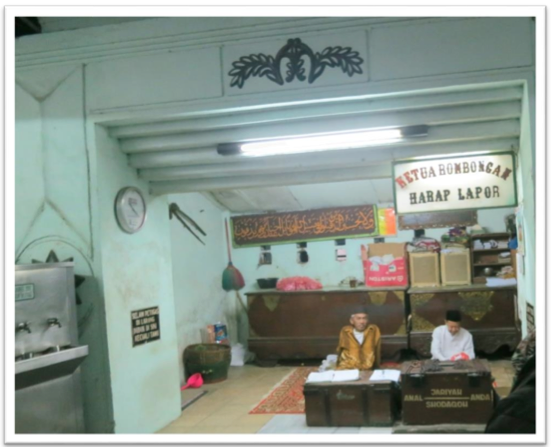 Enlightened by this spiritual experience, it was time to turn to more worldly aspects of our outing and check into our Hotel before it was closing its doors.

We wished a warm fare well to Ibu Raudlotul and her team, leaving a boxes of English chocolates to thank her. 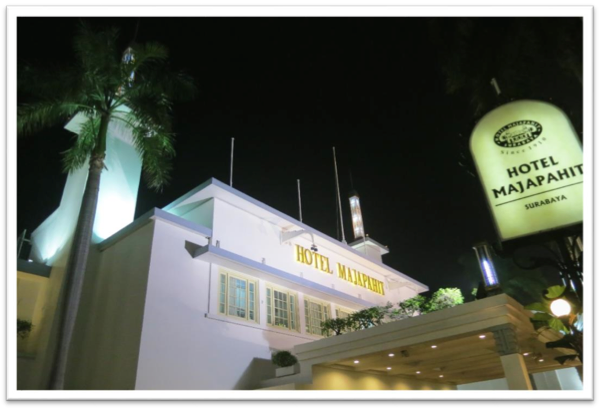 Slightly fading after this action-packed day, our arrival at the Hotel Majahapit brought me back alive. I had travelled in time: This impeccably preserved, tropical Art Deco palace with its non- chalant elegance, evokes adventures of sensual indulgence and feudal society.

The Majahapit exudes historic gravitas. This is the place, where in 1945, one of the first public patriotic acts was committed: The Dutch flag was removed and proudly replaced with the Merah Putih, the Indonesian flag, reaffirming Indonesia’s independence. 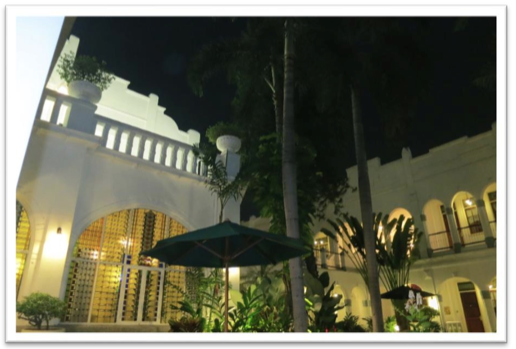 A rare gem of a hotel, with its lush patios of exotic flowers, Palm trees and columned, white marble archways, it conjures up the splendour of a time long past.

I finally slumped into the crisp linen of my bed and slept blissfully….